Well we had the shirtstorm over a really cool Hawiian-style shirt worn by a rocket scientist. We’ve had hissy fits over pronouns and a McDonalds sandwich (Jerk Chicken, for those curious). Apparently now Random Penguin’s Simon and Whatever staff are throwing a epic dummy spit because . . . gasp, the horror . . . a Jungian psychologist has written a sequel to his popular first book and it is going to be released in March.

L-Familiar is up to 47K words. 5K words yesterday. No, I don’t know when the draft will be finished.

We got snow yesterday, the soft, sifting kind. It felt lighter than a cat’s paw when it brushed my face as I walked yesterday afternoon. Today is wind and cold.

I think it was a sign of how this fall has been when I slept 10 hours per night every night this past week. It’s been just a tiny bit wearing, apparently.

That’s about all I have for you. Have a quiet, restful day!

American Thinker had a piece about all the “experts” in the 1960s and 1970s who predicted that we’d all be dead by now, killed by cold, pollution, that fossil fuels would be all used up, and so on. Yes, Paul Ehrlich and company, those folks. It’s interesting from a historian’s view to look at the data they had, and their assumptions about human capabilities and culture. Now, we were in a small climatic dip in the 1970s, the last major one before warming resumed through 1998, so I’ll grant them that. You work with the data you have. However, the overall idea that humans can’t innovate and explore was what caught my attention. END_OF_DOCUMENT_TOKEN_TO_BE_REPLACED

Was it religious? Not purely. Was it both Indian and English? Very much so. Did it last several days? Yes. Was it friendly and peaceful? As much as any event with guys and games can be.

The annual “Let’s Beat Up on Thanksgiving” festivals out of academia and elsewhere have been overshadowed by other things, but they didn’t go away completely. As usual, Straw Puritans get dragged out of the dusty depths of history, dour, black-clad, and scowling. They are inflexible patriarchs who follow a hard, intolerant religion and who took advantage of the relative weakness of the Native peoples around the area, then betrayed the Natives and destroyed them. END_OF_DOCUMENT_TOKEN_TO_BE_REPLACED

Celia Hays and others commented on Monday’s post about certain typeface characters that became handwriting (and vice versa) and that lingered for a while. I can attest to that, because of a surprise I encountered when looking at ranch records from the late 1800s: numbers from the 1400s. END_OF_DOCUMENT_TOKEN_TO_BE_REPLACED 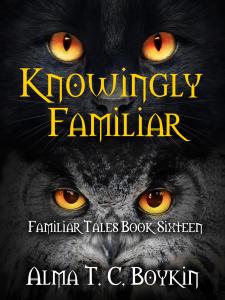 Ah, the Sixteenth Century, when English type-faces looked like German fraktur. Well, and the Seventeenth, and Eighteenth, into the early Nineteenth Century in some places. It does keep you from rushing as you try to sound out the words!

So, I’ve started gathering ideas and references for the story or stories set in Puritan New England. Not going back through the Solomon Kane stories yet, but other things. Since I’m going to be dealing with a community rather than a solitary wanderer, and because I’m me, I needed to figure out which Scriptures would be appropriate for the characters to quote or think of. Trying to do Puritans without religion . . . Nathanial Hawthorn did it in one short story, sort of, and Howard did it because of how he wrote and what he focused on, but I just can’t do it. END_OF_DOCUMENT_TOKEN_TO_BE_REPLACED

If you belong to the Western Church, and follow the liturgical calendar, today is the last Sunday of the year. It is Christ the King Sunday, the feast of the Second Coming. The church year ends, and the next Sunday begins Advent and the new year.

If you are Jewish, the new year started a while ago. If you look at the calendar on the wall, it’s still November, although not for much longer.

This has been a really strange church year. Advent was good, Lent went overboard, Easter . . . didn’t happen the way it should (in my chorister’s opinion), Pentecost felt off, Kingdomtide (aka Ordinary Time) went on and on and on, and so on. Heck, Lent sort of blended into Purgatory or Limbo, as far as hanging around doing penance. Some churches are being threatened with not being permitted to have Christmas worship.

The title of the post comes from the Welsh carol “Nos Galen,” better known to English speakers as “Deck the Halls,” or ‘The Furry Day Carol.” I admit, I’m ready to consign this year to the rubbish heap of history. For me personally it has not been as bad as for many, but the Zeitgeist can’t go away soon enough. Instead of four weeks of waiting (Advent), we’ve had almost ten months of it. What’s the joke? “Day 204 of two weeks to flatten the curve?”

Time has crawled, and has sped. Days never seemed to end, yet five books have gone out the door, plus a story in an anthology, I’ve written a lot of blog posts, and there are only three class weeks left in the fall term.

I’ve tried hard to avoid current events, politics, and the like, because I know many of my readers want an escape. So do I. I spent Friday and part of Saturday writing Familiars material because I wasn’t up to facing real life. I need a break. We all need a break. “The world is too much with us,” as the poet said.

Christ the King Sunday. The end of the year, the Sunday of Thanksgiving in the US . . .

The piece below, to me, is about the Second Coming, even though most of the time it is done for Christmas (blame the Winter Solstice albums, perhaps? And the same thing happens with the hymn “Let All Mortal Flesh Keep Silence.”) It’s not as easy as it sounds. I love doing it.

Another of my favorites, although usually it is done more slowly and not acapella.

There’s a sub-sub-set of organ music that I’m rather fond of, although it is quite out-of-date by today’s standards.

For lack of a better name, I call it “English Cathedral Music.” These are organ works composed or arranged from around the 1890s through the 1940s, mostly for Church of England worship or written by organists who were employed by English churches. They are often contemporaries of Holst, Ralph Vaughn-Williams, William Walton, and the like. If you are familiar with the first two composers, you can often hear echoes of their harmony patterns and use of folk melodies (or local hymn tunes) in the other composers’ works. END_OF_DOCUMENT_TOKEN_TO_BE_REPLACED

I finished the first editing pass on K-Familiar, and have three more to go. I hope to have it out the door before the end of the month.

My muse attacked and I put 2100 words on M-Familiar (now I know how to get Lelia and Arthur home from the castle).

I added a few hundred words on White Gold and Empire, and have a better idea where that one is headed. Good Lord willin’, I’ll get a bunch of writing and edits done this week.