Liberation theology was one of those things I heard about while growing up, but never understood what it was. Nailing hot tapioca pudding to a tree seemed easier than finding a clear definition of what this Latin American thing was. Well, it turns out that’s in part because the proponents of Liberation Theology didn’t agree among themselves precisely what it espoused, and their beliefs changed over time. Michael Novak’s book, the third in a series about theology and political economy, answers those questions and points out the flaws in the very premise of Liberation Theology. He also shows how Classical Liberalism is not, despite what its critics claimed, incompatible with a Christian life and a just and successful society. END_OF_DOCUMENT_TOKEN_TO_BE_REPLACED

This week, NASA finally gave up trying to restore communications to the Mars rover Opportunity. It had a fantastic run, doing Rover things and exploring Mars from 2004 until June of last year. Alas, time, dust-storms, and exhaustion finally won.

From the NASA website https://mars.nasa.gov/resources/22147/the-evolution-of-a-martian/“The Evolution of a Martian”.

I remember the first Rover, Sojourner, which did its thing in 1997. What I especially remember is that, just as when the first Space Shuttle launched and then landed, everyone stopped what they were doing to watch. All of us not actually in the air at my home-base airport were glued to the TV, watching the first images and listening to the commentary. If we had to work, we left, then hurried back to see what new cool stuff was in progress. Because it was amazing, and cool. END_OF_DOCUMENT_TOKEN_TO_BE_REPLACED

I really, really have trouble accepting that thirty years have passed since Tiananmen Square, Hungary opening its border with Austria, the Berlin Wall opening, Vaclav Havel and the Czechoslovaks peacefully ousting the Communists, and the Romanians not-so-peacefully ousting Ceausescu.

I do remember being absolutely stunned and feeling the entire world reel. Because the very thought of Germany not being divided, of people able to pass easily through Berlin… It wasn’t possible. There had always been a Warsaw Pact and an Iron Curtain, and there always would be. Because that’s just how the world was. END_OF_DOCUMENT_TOKEN_TO_BE_REPLACED

The university coffee shop sells beans, bagged snacks, and cups as well as the usual high-test brews and baked goods. When the shop closes, the displays of nibbles and cups stays out. No one messes with it, no one fingers the goods, unless it is to read the back of the bean-bag for description and then put it back. Because that’s just how it is. The student union is a high-trust environment. And no one wants to mess that up, so the students police themselves. Yes, there are cameras, and security on occasion, and it’s never smart to leave something valuable laying out to tempt the weak (or the gods of spilled liquids), but while I was there all day, no one bothered things that didn’t belong to them. END_OF_DOCUMENT_TOKEN_TO_BE_REPLACED

If all you read of Dickens is Bleak House or Ye Old Curiosity Shop then I’ll grant the last one. But otherwise, demands that people not read certain books because they do not meet the standards of the last five minutes serves as an example of the painful presentism of the modern censors and regulators of moral purity. END_OF_DOCUMENT_TOKEN_TO_BE_REPLACED

Very few people can do it successfully. Or even harder, to stand still. Not stand in place but wiggle, fidget, look up at the birdies, and so on, but stand or sit without moving in a noticeable fashion.

The military teaches people how to do it. OK, “teaches” might be a little too kind of a description. Things like choir are supposed to encourage you to learn how to stay relatively motionless without passing out. But dang, I watch people on live TV, such as in the background of a speaker (POTUS*, preacher, choir during a concert) and the wiggling!

END_OF_DOCUMENT_TOKEN_TO_BE_REPLACED

Another rerun in the series from 2014. I’m chaperoning again.

Imagine standing on a broad tableland, knee-high grass extending as far as you can see in all directions. The sun has just risen, well on its way north with the shift from spring into summer, and already the southwest wind ruffles the grass and hisses its hot way past. The day will be a warm one. You begin walking north. As you do, you start to see variations in the billiard table surface. Rainwater lakes, the famous playas, form broad, shallow depressions surrounded by taller grasses. Some of the largest playas have sedges, amaranth, arrow leaf, and western wheat grass in their shallows and on the shores. And you discover a faint blue line in the distance, almost like hills, or very, very far away mountains. END_OF_DOCUMENT_TOKEN_TO_BE_REPLACED

Sorry, folks. I used my day off this week to do class prep, and I’m covering for another teacher who is out sick, plus handling my own classes. 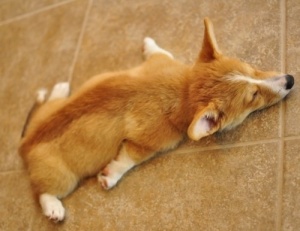 Please tell me its Sunday. Please…

Pretty much, but government, not parasitology. Oh, wait…

I collected my pages and eased out of the workroom and down the hall. Fr. Pax marches in behind me with an arm-full of documents.

I pause to glance into the study-hall to see if anyone is, indeed, studying. From behind me I hear—

I walked briskly to my classroom.

END_OF_DOCUMENT_TOKEN_TO_BE_REPLACED

By now the story of Amelie Zhou and the YA Twitter storm are fairly well known. Other commentators have posted their thoughts on the matter, some safe for work, others rather blunter. Zhou has asked her publisher to pull the book, and as of Sunday evening, it is no longer available at Amazon, B&N, or Powells. The author has confessed to her ‘crimes,” which seem to be daring to write about slavery that does not take place in North America. There have been two accusations of plagiarism, both referring to scenes and tropes that are found in lots and lots of other books, going back to Tolkien and before.

Guess what? There were a whole lot of places that practiced—and still practice—slavery, sometimes in ways that resemble North America, other times rather differently. The practice was supported by law in some cases, custom in others, but pretty much every culture has had some sort of slavery-like system of unfree labor at some point in its history. However, that’s not my point. My point is the power of the e-mob, especially in the Young Adult category. END_OF_DOCUMENT_TOKEN_TO_BE_REPLACED