Before the pointy, stained-glass rich cathedrals and palaces of Europe came Romanesque. It tends to get overlooked because, well, it’s round and lumpy unless it is square and lumpy. You have the Glory that was Rome, and then everything is romantic (or Romantic) ruins until poof! Cathedral and the high Middle Ages and architecture gets cool and soaring again. Except that’s not quite how it works.

Romanesque is what the name sounds like – Roman-influenced. It developed between the 600s or so and the 1100s or later, and comes in different flavors depending on where in Europe you happen to be. England went its own way for a number of reasons, and in Hungary, all but part of one Romanesque structure disappeared during the Mongol invasions of the 1200s.

Romanesque tends to be squat, heavy, and round on the outside, and comparatively dim inside. The walls still bear most of the weight, although by the 900s into the 1000s pillars and columns begin appearing as partly load-carrying. The carvings are often “crude” compared to late Roman or high Gothic, but can be fascinating and show lots of regional variation.

You do not have to worry about this church floating into the air. 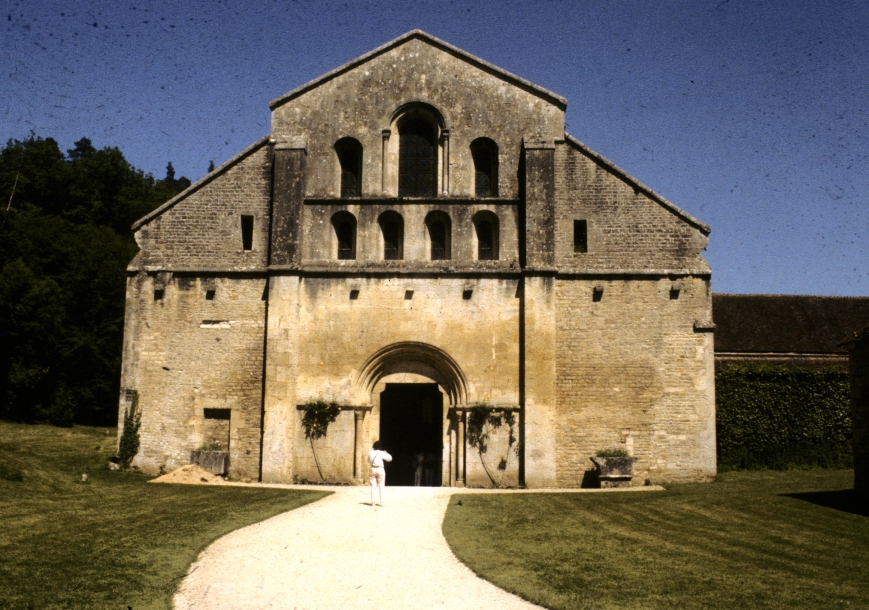 Sturdy. You can see a hint of the Gothic to come in the windows, but only a hint.

A basilica church with side aisles, but the outer walls bear the weight.

Romanesque (Carolingian as well) churches and other buildings are solid, sturdy, and look as if they are not going anywhere. I suspect the church above was remodeled in the early Gothic, possibly after a fire. It is hard to find a 100% pure Romanesque church because over the centuries, congregations upgraded, rebuilt, repaired, and “improved” old buildings. If you look at the image below, you will see that the builders alternate columns and square pillars. The pillars bear the weight, while the columns are more decorative. The ceiling is also flat, not vaulted or with arches. 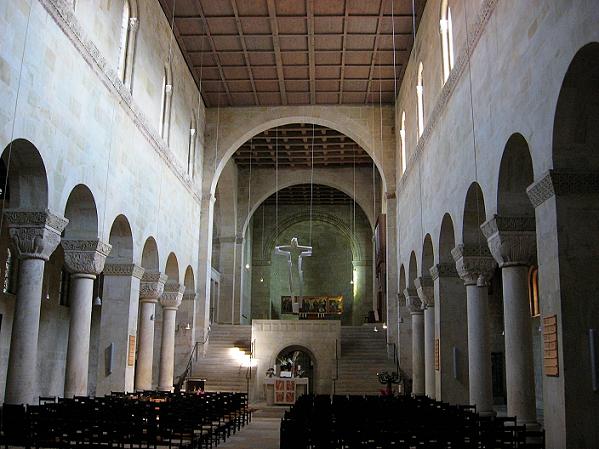 Restored to Romanesque, the collegiate church in Quedlinburg.

If you look at true Romanesque capitols, they are often “primitive” and sometimes downright strange. The oldest church in Millstatt, Austria has some seriously strange carvings in the cloister and outside the doors from the cloister to the church. Cain and Abel, green men, a monster eating someone, and some suspiciously quasi-pagan-ish patterns. Millstatt had been a major pagan worship site, and the name comes from the thousands of pagan votives and idols supposedly found there when the Church arrived.

11 thoughts on “Romanesque Piles: Those Old, Round Buildings”