The idea began gnawing at me after watching some news stories while in Germany. Why did the younger generation so long for “someone” to step in and give orders? And why communo-environmentalism? What was the attraction for so many younger people in Europe? And the US for that matter, when you start to think about things.

Could it be in part the lack of property and space? END_OF_DOCUMENT_TOKEN_TO_BE_REPLACED

Grasping for the Crowns is $ 2.99 US through December 1. The e-book edition of the first book, A Carpathian Campaign, is also on discount for $1.99 until December 1.

After some thought, I decided to make this a separate post.

The question arose last week, about why Walter Prescott Webb gave credit to the culture of the Great Plains for favoring the handgun over the rifle. It seems a bit counter intuitive, since rifles could drop a buffalo and a handgun really didn’t do so well. Rifles are long-distance weapons compared to pistols, and if there’s one thing the plains have it is distances. But Webb is thinking like an Indian or a Texas Ranger, and to that he attributes the preference of the revolver over the rifle.

END_OF_DOCUMENT_TOKEN_TO_BE_REPLACED

Thanks to all of you who have been keeping Andi and her family in your thoughts and prayers. The fundraiser is still underway, and I really appreciate all the donations. There are more items available now.

We will end the gun raffle at midnight on the 30th, with the drawings to be held December 1st, but the Go Fund Me WILL CONTINUE. Right now we’re at about 61% of our goal, not as far along as we wanted, but at least this should give Andi a good start on the therapy she needs.

Andi, a member of the Blogorado family, suffered a stroke. The stroke was misdiagnosed initially, leading to an almost two week lag between the stroke and the start of treatment. No, not good.  She doesn’t have medical insurance, and is having to fund her rehabilitation on a pay-as-you-go basis.  Several of us have pooled our resources by donating guns from our personal collections, and we’re offering them as an incentive to raise funds for her, along with some non-gun prizes (jewelry, books, etc.) for those who’d prefer them.  The Go Fund Me is HERE. Jenn as a personal post up on Andi, HERE.

You’ll find photographs of all the prizes in three parts:  here, here, here, and here. There is an additional package it’s number 14!  A full polish on a stainless or nickel plate on a blued handgun. This is from Reflections Chrome Plating up in Maine! Remember, donate to the Go Fund Me, HERE, and email your receipt to  4anditherapy@gmail.com to participate in the raffle!!!

Thank you to all that have contributed both packages and donations! 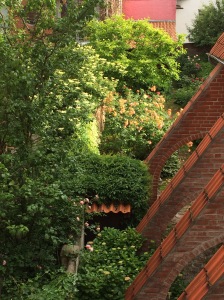 The house dated to the 1200s at least, and had been renovated and restored several times since then, as one can imagine. As I arrived, low clouds scudded by overhead. The rain that had swept into Husum that morning on the teeth of a North Sea storm had caught up with me.

Thick walls, old walls, hidden behind a severe facade concealed the garden. It ran the length of the house almost, and held hedges and roses, plus a few other flowers. As I checked in, the rain began pattering down, as it would do intermittently over the next few days. Never hard, just a quiet, sound-swallowing misty murmur of drops that filled the air. No wind reached the ground because of the walls of the city and the houses. Grey and silver clouds raced eastbound overhead, but only the weight of rain stirred the leaves in the garden.

The air smelled wet, with a hint of ocean every once in a while. The Baltic lay several miles to the east and north. No major Hansa city sat directly on the water, because of storms and because of raiders. Cool and moist, lacking the soil-smell I usually associate with rain. Here, rain falls constantly, at least twice as much per year as in the Texas Panhandle, evenly around the year instead of in hard bursts.

Although the days had reached their longest, the rain discouraged loitering or casual sauntering. Not enough to deter the determined or the serious worker, but no one “hung out” for the sake of lingering. The temperature stayed in the low 60s to upper 50s, and wet. Hot tea felt as good between your hands as you cupped the mug as it did inside of you. But the birds didn’t mind. They murmured and chirped from hiding. Swallows dashed between the houses, soaring up then zooming down again.

At night the clouds sank lower. The garden’s shadows, such as they were, faded. No one spent the evenings in the garden. An old quiet filled the air, as if the house and grounds mused of days long passed, when the upper floors held the wealth of the Baltic, North Sea, and farther away, grain and timber, fabric and spices, furs and dried fish, the staples of the northern traders.

One afternoon, the clouds broke, the sun shone down. Long fingers of angled twilight tapped down from between the houses, throwing light into the garden, drawing colors and scents from leaves and soil.

Then the clouds returned, and quiet.

For some reason, probably the season, my musical mind has been wandering down roads. Country roads, roads home, whale-roads, various byways and highways.

People have been listening to “road music” or at least to pace-keeping sounds for a very long time. One of my favorite albums, which can only be found in Spain, is a collection of music for pilgrims on the route to Santiago Campostello. It starts with a brisk march, the lyrics of which say “We are all going to Campostello, to see the great thing there.”

And of course, in the 1970s, John Denver popularized “Country Roads.” It was even in the songbook I had in grade-school.

END_OF_DOCUMENT_TOKEN_TO_BE_REPLACED

Kiara watched the cold autumn rain dripping down across NovRodi. She pulled her little coat closer around her. It seemed as if she felt a chill even through her layers of clothes and fur, and the heat from the stove in the corner of the room. The rain on the glass twisted the scene outside, making horses and people into strange, warped versions of themselves. Kiara wondered if the rain did the same to people’s insides. She felt strange and twisted, not the Kiara of four years before.

She returned to pacing the empty room, walking steadily back and forth up and down the length of the green and white reception chamber. She needed to move and to think, as often happened following one of her weekly visits to see her son. He’d begun walking, toddling from nurse to chair to other nurse and back. Pjtor always stared at her, preferring his nursemaid’s hand to his mother’s. He also preferred Empress Molly Olga, who insisted that she and not Kiara knew what was best for the boy and that she would see to his proper upbringing. She also hinted about needing a spare, tempting Kiara to remind her aunt-in-law that such an outcome required two parties, since the age of miracles had passed and Godown now expected His children to do their best before He intervened. Pawl had not lain with her as man and wife since her last mis-birth, over a year before. His military things took more and more time, to the point that at midsummer Empress Molly Olga had scolded him for not doing more in the government.

Indeed, but her majesty then snaps at him, and me, for daring to venture an idea or opinion about matters of government. Kiara turned at the end of the room and began going the other way. I think he is getting too interested in Frankonia, and in the Turklavi, for peace, but I am ignorant and too forward, so what do I know. That Kiara’s thoughts mirrored those of a number of the members of the imperial court meant nothing. Empress Molly Olga had made that exquisitely, painfully clear in front of everyone. END_OF_DOCUMENT_TOKEN_TO_BE_REPLACED

With all due apologies to Ross Calvin, whose work by that title is an early environmental study of the American Southwest, geographic determinism has been hotly argued for quite a while, going back to Europe and probably before that. Are Scandinavians pale because they come from the North, or were they forced to move north because they are so pale? Does physical environment mold culture? If so how much? If not why not? Historians of the American West have been grappling with that concept since, well, almost forever, but it was Walter Prescott Webb who really kicked things into high gear. We’ve been cussing and discussing his theory ever since. END_OF_DOCUMENT_TOKEN_TO_BE_REPLACED

The war grinds on. 1916 should be the year of a break through, but the elements as well as the enemy have a say in the progress of the fighting. István Eszterházy must marshal the House’s resources to withstand enemy propaganda, hunger, and growing troubles to the north and east.

In a world that might-have-been, the Habsburg Empire clings to life despite the machinations of the Entente powers. But something lurking in the east and north threatens to upend the Powers of the land, and to rip the empire apart in the process.

The sequel to A Carpathian Campaign.

Carpathian Campaign (the e-book) is on sale through December 1 for $1.99 US.

Apparently one of my friends strongly frowns upon putting marshmallows on sweet-potato casserole. Actually, he was so irked that he said “mushrooms,” which led to some very strange looks and snarky comments about what kind of mushrooms. 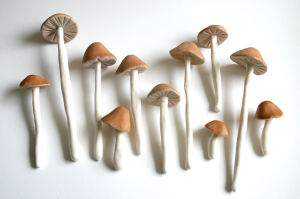 Of course, you can do both and make candy mushrooms. Although these are not marshmallow mushrooms, but still…