So, last week I was out doing my pre-dawn cardio work out, late enough that I was able to watch the sunrise. The full moon still lurked pretty high in the western sky but clouds striped the east, several layers worth, and from the get-go yo could tell that this would be one of those sunrises worth getting up for. I opted to saunter briskly away from Redquarters, to an area where I had a good view of the eastern sky. 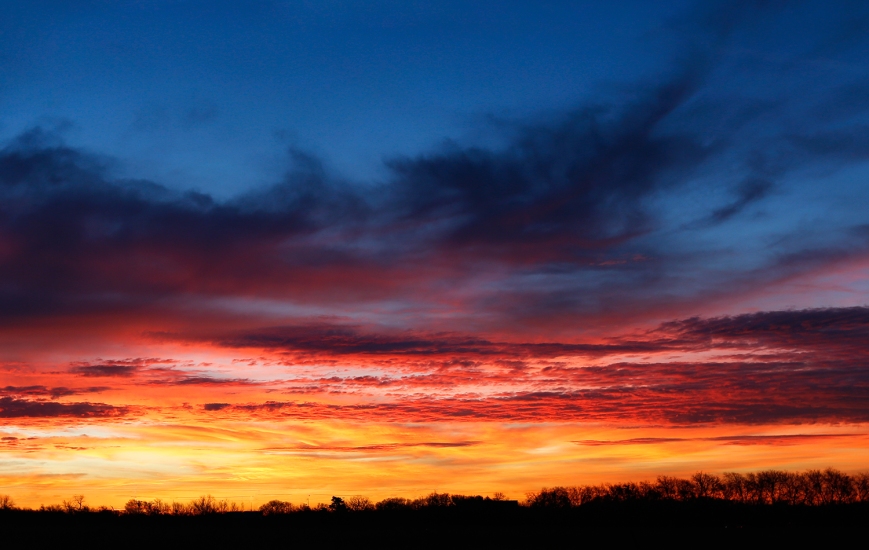 The sky started grey and blue with a touch of metallic pink, then deepened and spread until that deep pink covered the lower clouds, gold highlighted the bottom layer, and red swept the high ice clouds. The clouds made a bit of a checkerboard of sunrise in the northeast, eventually shifting to all pink and then white under the blue of the morning sky.

As if this was not enough, marsh hawks began coming in to settle on the trees in the park nearby. I counted nine, possibly ten, harassing the grackles and scaring the doves before they zoomed up into the trees. I’m all in favor of pestering grackles.

Over the past three or four years, the number of hawks has increased dramatically. It started with one pair about four years ago. About that time the number of rabbits began to drop, but the area around Redquarters also had a coyote (at least one) and a fox den. One morning, as I was driving to check on Redquarters when Mom and Dad were out-of-town, I saw three fox kits playing in the sports field beside the grade school that serves that neighborhood. After the school district ripped out the weeds, left the acreage fallow for several months and then planted grass, the foxes vanished. And more hawks arrived. Last year we had at least three nesting pairs in the square mile around the Redquarters, and I got pestered by one of the young males several times. I think it was the hat.

I mentioned that several months ago I’d seen a hawk ball in the evening sky that seemed to end up at the park. So now I’ve seen almost a dozen there. I know one pair nests by the grade school, and I assume another pair roosts in the park, but I’m puzzled. What are they eating? How are they related, if they are? At what point do we reach peak raptor?

It made for a fascinating morning stroll. But morning still comes too early this time of year. 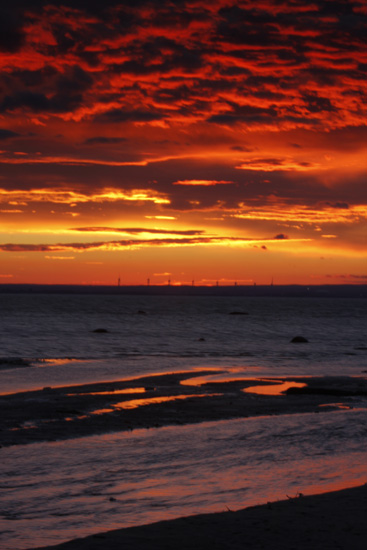 A dramatic sunrise over Lake Erie photographed from Fort Erie, Canada. The windmills of Buffalo are visible in the distance. http://potd.chrisempey.com/wp-content/uploads/2009/01/20090102.jpg