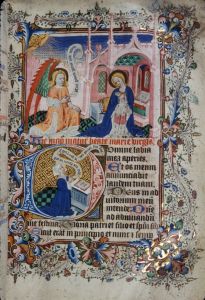 OK, I’ll stop channeling the Old Spice pitchman. We take time and date-keeping for granted, unless it is one of those occasions when we forget our clock-thing, or are embroiled in an argument over dating, as has been known to happen at According to Hoyt and a few other Odd places (and in academic circles). Do we date from the founding of Rome, or the building of Jerusalem, or the first year of the Arab conquest/hijra, or AD/BC or BCE/CE (and in that case, what do the C and E stand for?) Which cycle of Brahma is it, and which of the Navajo worlds are we currently in? Do we mark the year from the winter solstice or a lunar month with or without catch-up days built in? Does the day start at sunset, sunrise, or some point half-way between?

Ordering the day and year, clocks and calendars, solar and lunar, does it matter? To an extent it always has. For those of us with ancestors in the Northern Hemisphere, especially the edge of arable ground in the northern fringe, knowing when the greatest risk of frost had passed could mean the difference between survival and starvation. Other peoples marked the wet and dry cycles, or calculated sailing times and distances by the clock of the stars. Farmers depended more on the tracking of seasons than did pure hunter-gatherers, but almost every culture seems to have some way of dividing up the year, if not the month or day.

For a few months between jobs, I operated off the clock 90% of the time. It was an intriguing experiment, because I found that I shifted to a solar schedule, rising and setting with the sun (most days). Two meals a day worked perfectly, I did physical work in the mornings and mental work in the afternoons, and seemed to adjust very easily. I probably wouldn’t want to try to live on that schedule full-time (I like having a pay-check), but as an experiment it proved fascinating.

http://www.information-britain.co.uk/showpic2.php?placeid=834&width=250&dir=famdates St. Augustine (not of Hippo) introducing December 25 as the New Year in England, AD 597.

When do we start the year? The West has settled on a date not long after the Winter Solstice, loosely connected to the birth of Jesus. The Jewish lunar calendar, which is not a free-floating lunar calendar like some, sets it in the autumn. Some Christians began the New Year on Lady Day, March 25, because why not start the new year on the feast of the conception of Jesus, rather than His birth? And the start of spring does seem like a good place to begin, with new life, young animals, the first flowers, and the awakening of the earth. In contrast, the western Christian liturgical calendar starts on the first Sunday of Advent, and ends on Christ the King Sunday, the last Sunday before it. The closing feast of the liturgical year honors the eventual return of Jesus, the end of the old world, and the coming of a new one.

People marked months long before we marked hours. Noon, at least local noon, was easy. But what to do when the days change length? The Japanese made their hours longer or shorter to fit the season. Westerners experimented with water clocks (great until they ran dry or froze),  candles with time marks on them (keep out of drafts and don’t sneeze!), and sundials.

Only churchmen really worried about what hour it was, because they had a set pattern of prayers to follow and things to do. The rest of the people got up with the sun and worked from can’t see to can’t see (as folks out here phrase it). It was only when the church and artisans got together and the geared clock came about that most towns people noted the hour, and again, it was town and church. Rural folks still depended on the sun. And so it remained until the Industrial Revolution, and even more so when mass transit (in both senses) in the form of railroads became common that mechanical time keeping and uniform time keeping took over.

Now we have smart phones, atomic clocks, fancy watches, and all sorts of things that go bing, bong, bzzzz, chirp, and blat in the night. And we’re still arguing over when the year starts and when Year 0 was. But it does help to pass the time.